The Texas Association of Manufacturers (TAM) has promoted Wroe Jackson to Vice President and General Counsel.

Since joining TAM in 2019, Jackson has overseen the Association’s strategic planning initiatives, legislative and regulatory advocacy, membership support and recruitment, and coordination among the Association’s executive leadership. In his new role, he will also serve as the primary legal advisor to the Association and its membership, providing counsel and analysis on policy and legislation, regulatory compliance, and internal legal matters.

Jackson will continue to represent Texas manufacturers before Texas legislative and regulatory bodies as well as federal agencies.

“Since joining TAM, Wroe has served our members with a wealth of public policy experience,” said Tony Bennett, president and CEO of TAM. “We are thrilled to expand his role at TAM to be an even stronger voice for Texas manufacturers and resource for lawmakers and staff.”

Jackson graduated from Vanderbilt University with a degree in Public Policy Studies in Political Communication and earned his law degree from Saint Mary’s University School of Law.

TAM President and CEO Tony Bennett opined recently about the important work the Texas Legislature accomplished to align workforce needs with education in Texas. He wrote: "While the budget, pandemic and the aftermath of Winter Storm Uri dominated much of the 87th Texas Legislature, lawmakers made unmatched progress in education-to-workforce alignment issues that will have long-term benefits for students, employers and economy.

The following can be attributed to Tony Bennett, president & CEO of the Texas Association of Manufacturers:

The following can be attributed to Tony Bennett, president & CEO of the Texas Association of Manufacturers.

“The Legislature failed to renew Chapter 313, our most important economic development tool, and our neighboring states are surely celebrating to see Texas throw in the towel. These states are hungrier than we are and don’t take for granted the economic engines of their states. As a result, other states will enjoy the massive rate of return of offering limited property tax discounts to attract multi-billion dollar projects and thousands of high-paying jobs. Meanwhile, Texas will be sidelined for major automotive, petrochemical, aerospace and high-tech manufacturing projects that cannot afford to locate in a state with the fourth highest property taxes in the nation, especially when nearly all other states offer property tax discounts. With the federal government directing funds to encourage construction of 7 to 10 semiconductor plants, no one should be surprised that Texas won’t be in the running because without Chapter 313, we can’t compete. I never thought I’d see the day when Texas took the same path California took decades ago when lawmakers took manufacturing jobs for granted and hurt their economy.”

The Texas Healthcare and Bioscience Institute, the Texas Association of Business, and the Texas Association of Manufacturers today issued a statement in response to the Biden Administration’s announcement in support of the World Trade Organization’s push to waive intellectual property protections for COVID-19 vaccines. The waiver, which has not yet been negotiated, could suspend existing patent and intellectual property protections, effectively forcing U.S. companies to hand over trade secrets and proprietary information and potentially resulting in safety and supply chain concerns. The joint statement reads:

“Innovation is the bedrock of the American economy and Texas benefits from the entrepreneurial spirit that allows new technologies, pharmaceuticals, and ideas to grow and flourish here. That is why we are alarmed at the Biden Administration’s support for removing intellectual property protections that are fundamental to the innovation ecosystem. R&D helps bolster a thriving, growing economy – and it requires costly and uncertain investments. Read more.

Bennett: “Texas must be competitive globally.”

The Texas Association of Manufacturers today released its “TAM Top Ten,” which details the Association’s policy priorities for the 87th Legislature in 2021.

“Competitiveness and job growth are at the core of our priorities for the 87th Legislature,” said Tony Bennett, president of the Texas Association of Manufacturers. “From economic development and critical infrastructure to workforce readiness and equity in tax policy, we are calling on lawmakers to advance Texas' global competitiveness.”

Bennett noted that Texas is the #1 state for exported manufactured goods and remains the #1 state to do business. “Smart public policy has been the key in keeping Texas on top,” he said.

For more information on each of the priorities above, please visit www.manufacturetexas.org/tam-top-10.

By Tony Bennett and Dale Craymer

Limited and temporary property tax discounts, known as Chapter 313 agreements, allow Texas communities to attract major industrial projects, keep Texas competitive and grow jobs — and they do not cost taxpayers a dime. Regular critics of these discounts frequently mischaracterize the program by claiming companies receive taxpayer dollars to locate in Texas, which is not true. Read more.

Manufacturers Step Up in the Fight Against COVID-19

As Texas and the United States move forward to recover from the devastating impact of the COVID-19 crisis, it is a reminder of how critical manufacturing is to our everyday lives. Check out our latest blog to see how manufacturers quickly adapted to retool operations to meet the demand for critical products needed to protect healthcare workers, first responders, patients and the public.

State Rep. Alex Dominguez is in talks to bring a $5 billion electric car #manufacturing and assembling operation to Brownsville. https://t.co/P7Yz5ymWbS 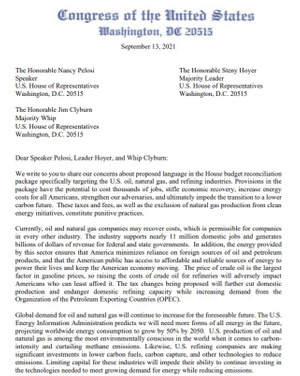 Thank you @RepCuellar @RepGonzalez @RepFletcher @LaCongresista @RepVeasey @RepFilemonVela @RepColinAllred for your support of the #Texas oil, natural gas, and refining industries while advocating for affordable energy to power jobs and prosperity for all Americans. https://t.co/8RrBeigzOB 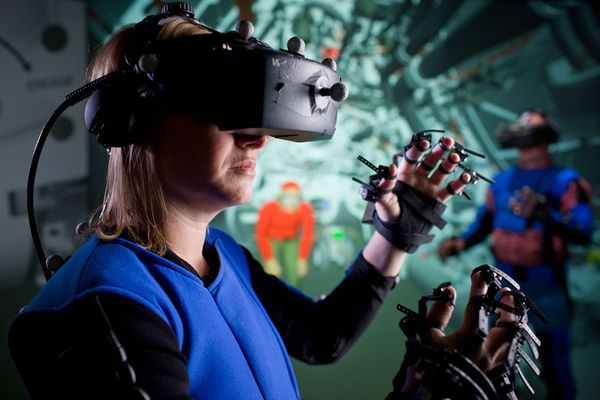 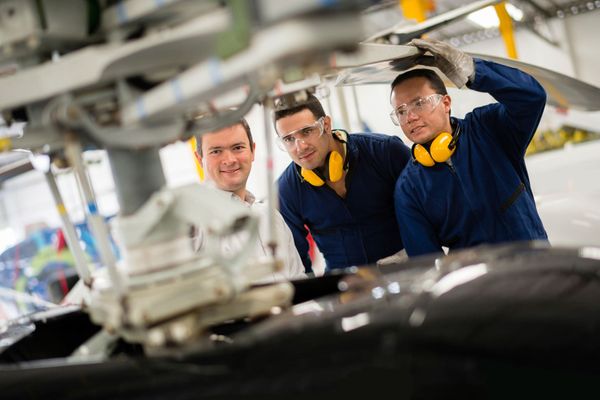 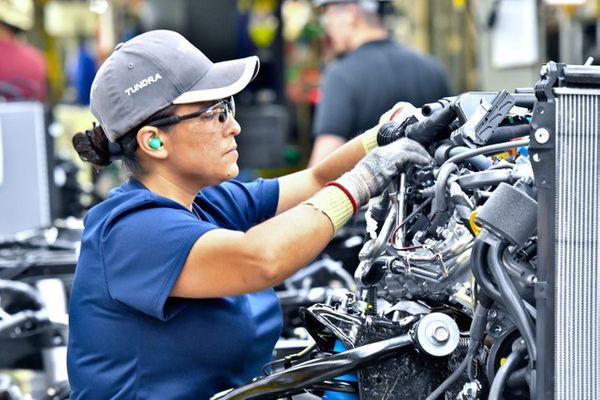